Ghaziabad, a very well renowned place and phenomena which has picked up fame in the last decade due to all the industrialization and commercial growth is one of the largest cities in the state of Uttar Pradesh. The city of Ghaziabad is the administrative headquarters of the Ghaziabad District. This city is based at a distance of 2 Kms from the holy River Hindon. Being known as the most developed and well planned city in the state of Uttar Pradesh, the city and the administration continues to work towards the betterment of the city.

Falling under the Meerut Division, Ghaziabad is one of the five districts which are under the administration of the Divisional Commissioner whose headquarters is based out of Meerut District. The Ghaziabad District is divided into four major sub divisions mainly Ghaziabad, Hapur, Modi Nagar and Garhmukteshwar works in conjunction for the revenue and general administration of these jurisdictions. Click here for key contacts in Gaziabad administration. 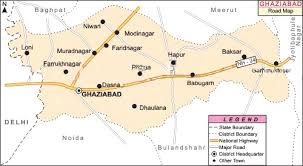 The sub divisions are divided into respective zones or also called as parganas and they are as follows:

Apart from District Magistrate, who takes care of the law and order with the administration in the city, we have two major planning commissions in the city and they are:

Given the status of a Municipal Corporation, Ghaziabad incorporated the Ghaziabad Nagar Nigam also known as GMC on the 31st of August 1994. The city of Ghaziabad is divided into 5 major zones or areas which are the City zone, the Kavi Nagar zone, the Vijay Nagar zone, the Mohan Nagar zone and the Vasundhara zone. Apart from the administration of these zones, we have a department within the GMC completely dedicated to water and sewerage work and are called as Jal Nigam.

Ghaziabad Development Authority (GDA) is yet another planning commission in the city of Ghaziabad responsible for the Urban Planning and Development of the city. GDA was established for the betterment of the city with primary objects of providing state of the art infrastructural along with housing and construction necessities. Delivering a master plan for the entire city keeping in mind all the basic needs for the development of roads, commercial blocks, parks, gardens, complexes and corporate offices is one another objective of GDA. 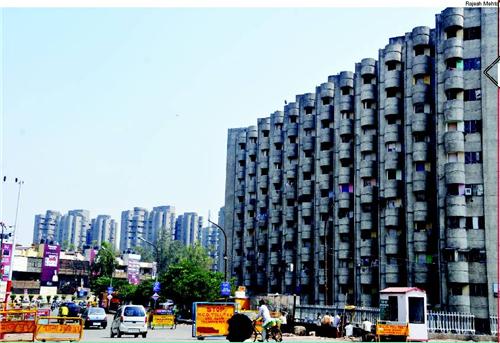 Apart from GMC, GDA and Tourism, there are various other departments playing there role when it comes to other activities and initiatives.

Other departments within the district administration are:

Law and Order in Ghaziabad

Though Ghaziabad is considered to be a crown jewel when it comes to all the segments in UP, it is also topping charts when it comes to crime and order issues. The Ghaziabad police and various CRPF Jawans are always deployed at various parts of the city keeping in mind the instability of various minute yet delicate issues. The jurisdiction of this segment yet again is on the onus of District Magistrate and State Government.

The administration of Ghaziabad is considered to be one of the toughest in the state of Uttar Pradesh keeping all the commercialization and business growth on one hand and the crime, law and order issues on other. On a whole, the city of Ghaziabad has been able to put across a good show in terms of the overall administration of the city and continues to do so in all the sectors.