Business and Economy in Ghaziabad

Being one of the most industrialized cities in the state of Uttar Pradesh, Ghaziabad is one of the most revenue yielding city in terms of Business and Economy. The commercialization has taken the city heaps and bounds in terms of per capita income and expenditure. It is termed as the utmost planned industrial city which due to its strategic location, is very well connected through roads and railways. The economy of Ghaziabad depends majorly on the industries set up in the city. With a lot of employment options in the city, Ghaziabad is attracting high number of especially skilled labours.

With more than 500 plus organizations into Steel Industry employing more than 25,000 people in the city, Ghaziabad is also called as the Steel Power of the state of UP. Some of the major steel industries of Ghaziabad are:

The Manufacturing Industry of Ghaziabad is yet another important player in the economic growth of Ghaziabad. There are various manufacturing companies employing 53 per cent of the non-agricultural labours in Ghaziabad. The manufacturing industry is alone to be credited for an income, which is eight times the income of other industries taken together. The manufacturing industry in Ghaziabad include apparel,  transportation equipments, dairy products,  pottery, tobacco production, industrial machinery, ceramics, equipments and all sorts of electrical and electronic goods. 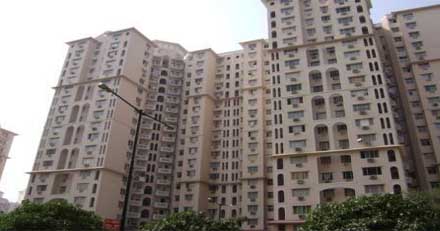 With the industrial and economic boom leading to a rise of lot of employment options, the real estate business has picked up and surpassed beyond measures when it comes to buying, renting or leasing. With all the offices, homes and other infrastructural requirements surfacing every now and then, this business is reaping in fast revenue in turn growing the economy in its own way.

Ghaziabad being one of the oldest and richest in terms of cultural, religious and traditional heritage, it is one of the most sought after places in the state with respect to Tourism which in turn reaps in high revenue from this industry as well. Tourists who visit Ghaziabad even for work, do take time out to visit nearby places like Delhi and Noida which has a huge number of tourist places. With the mall culture in full swing in Ghaziabad and nearby cities, shopping is one the major economic booster of the city.

There are many other small yet important players with respect to the Ghaziabad economy and they include  picture tubes, vegetable oil, tapestry, bicycles, electroplating, glassware, paint and varnish products amongst many.

There are many industries in Ghaziabad doing their bit to make this city an industrial paradise for all the investments and futuristic growth. It is a place to certainly look into when it comes to understanding an example of city with successful economy.

Some of the major industries in Ghaziabad include: