Dasna Jail - An Addition to the Old Edition

It took almost more than a decade and a half for the flooding waters of Dasna to be routed, a great sigh of relief indeed. The Ghaziabad Dasna district jail, constructed on a 34-acre land in 1996, with a capacity of 720 prisoners, is a high security prison having the maximum number of convicted under death sentence in India. With the capacity increased to 1704, Dasna still anchored 5,000 prisoners including 195 women, which appeared to be not just a crack in the dam but the entire wall breached. 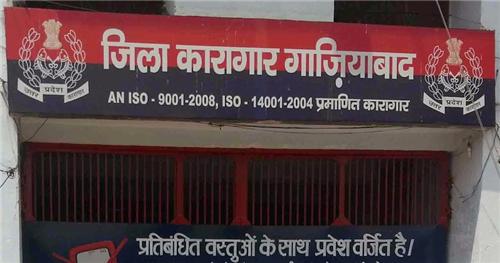 With petitions from human rights activists and many concerned about the crammed space, medical ailments due to lack of hygiene, poor living conditions of inmates, the new and much awaited maximum security prison has opened its gates. The new maximum security prison of Dasna facility at Luksar, Gautam Buddh Nagar, spread over an area of 144 acres and is said to house the most-wanted criminals. This will put an end to the overcrowding issues, thereby, reducing all the other associated concerns. The facility is also said to relax and iron out the crease on the stressed administration.

The new prison can accommodate a capacity of 4,000 inmates and is geared with modern technology. With many escapes, and security issues in the past, almost 164 CCTVs to watch the activities of the inmates and also avert similar episodes of Ashutosh Asthana and Ravinder Pradhan both key accused in various criminal offences who died mysteriously while in the prison.

Latest gadgets, QRTs, multi-level security system are well in place. It has six watchtowers at strategic points, scanners, door-framed metal detectors to ensure that inmates or visitors do not smuggle things in or out.

With prisoners escaping episodes being part of almost all Hollywood and Bollywood script, one has to be well-equipped when it comes to facing reality, it is on this pretext that a video-conferencing facility was introduced which would minimize the risk of escape while commuting the inmates for trials.

At present, the hospital facility for the inmates has 80 beds. A team of doctors including counsellors and psychologists have been engaged. With suicidal instincts and mental distress high especially with inmates sentenced with death, a constant watch and counseling sessions are on board.

There are two kitchens in the prison and steps have been taken to improve the hygiene factor, quality of food, which till date had been a sore point in prisons.

Experts agree that employment in the prison benefits both the inmates and the system as a whole. Keeping this in mind the prison also has a 25-acre area, where it intends to cultivate vegetables, all by the inmates with the use of recycled waste water.

Educational facility is also available which helps the inmates to equip themselves during the prison time. The skill set acquired, makes them more productive than when they entered the gates, in turn less vulnerable to repeat the crime when they step out of the same gates and get a grip of their life.

While the initial phase takes care of the basic amenities the second phase is said to establish a full-fledged library, vocational centres and much more.

Correction, reformation, rehabilitation of the inmates remain the corner stone and sacrosanct principle behind imprisonment. Dasna prison intends to practice the same, tie ups with many educational institutes like Krishna Engineering College, IMT Ghaziabad, computer institutes are all in place to empower, educate and sensitize the inmates. When a prisoner leaves the confinement, if equipped adequately does not only reduce recidivism but also ensures sustainable income for living.

As Nelson Mandela said, "No one truly knows a nation until one has visited the jails, for a nation should not be judged by how it treats its highest citizens but it’s lowest ones."