Ghaziabad has a host of temples which are significant not only from its religious point of view but also from its architectural aspect. Dudheshwar Nath Mandir is the one of the oldest temple in the city. This temple is dedicated to Lord Shiva who is considered to unify the three main presiding deities named Brahma, Vishnu and Mahesh. Dudheshwar Nath Mandir is situated on the Gaushala road near Gaushala Pathak which is on the way from Jassipura towards Pratap Vihar. This holy place is at a distance of about 2 kms from the holy river Hindon. 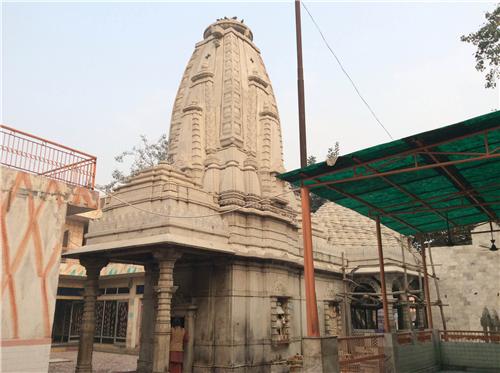 According to legend this temple is located on the place where many years ago, a cow had given her milk into a hole which was dug by her and Lord Brahma happened to pass by the site when this occurred. The place where this incidence occurred was later made into a temple by the local Hindus and dedicated to Dudheshwar Nath. The shivaling at the temple is considered to be more than 5000 years old.

Known for its divine powers of fulfilling wishes, the temple witnesses a lot of tourists at all time of the year. This temple is considered to the holy place for the married couples who seek the blessings of an offspring. It is believed that “Dudh Abishekam” i.e. the gifting of milk on the shivling cures all your ailments and takes away all the sorrow in one’s life.

Ghaziabad a city that believes in all the festivals pays homage to all the occasions. With various festivals like Diwali, Holi, Ram Navami, Naga Panchami, Janmashtami and Shivratri, Ghaziabad is pretty much a festive town all through the year. This temple has a crowd scaling up to a number of 50,000 during Janmashtami. It is illuminated with thousands of light and bulbs. It looks pristine and beautiful during this festival. This time of the year is the most sought after time for tourism in Ghaziabad and the state of Uttar Pradesh. 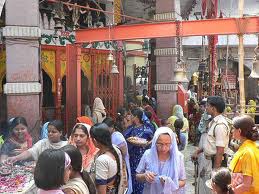 How to reach Dudheshwar Nath Mandir

The history and the beauty of Dudheshwar Nath Mandir could not be described in a few words. It’s a hysteria that has to be seen and experienced. It is thoroughly a must see place in Ghaziabad.