Localities and Areas in Ghaziabad

Being one of the largest cities in the state of Uttar Pradesh, Ghaziabad has seen a lot of investments from the public and private sector making it one of the industrial hubs in the state. Scaling new heights when it comes to commercialization and development, Ghaziabad has thoroughly become a power house in the state of UP. The after effect of this urbanization has also affected the localities and areas respectively. With historical and cosmopolitan values, we could see a lot of localities and areas within the city of Ghaziabad. Though Ghaziabad as a district has a mixture of both commercialized and old areas with cosmopolitan and ancient life and lifestyle, it is picking up its speed to be known as one of the most developed cities in the state of UP and in Northern Capital Region. Some of the most sought after localities within Ghaziabad are Kausambi, Vaishali, Indirapuram, Pratap Vihar, Sahibabad, Mohan Nagar, Raj Nagar Extension and Trans-Hindon Colonies. 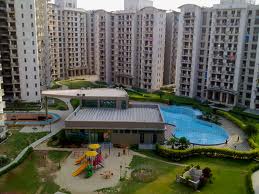 Kaushambi is one of the industrial hubs of Ghaziabad. Primarily seen as a place for corporate offices and industries, it is a well-planned and well-developed region in the city. Its relatively smaller than the other regions, this town still hosts various facilities like  shopping complex, movie theaters, city parks, company offices, and housing societies.

An integrated city project within the city of Ghaziabad and forming one of the sub sets of two major localities within the city, Crossings Republik is situated on NH24 reaching Noida. A township spread across 360 acres, covering various villages including Dundahera and Shahberi.

Yet again an important area of business in the city of Ghaziabad, Vaishali serves home to a business centric administration. Some parts of this town are also under the infrastructural development authority of Ghaziabad and are a key spot for various housing development agencies.

This area is another posh and affluent region of Ghaziabad based on the nearby areas of the Hindon River. Being extremely close to the city of Ghaziabad in about 2 Kms, this part of the city hosts lot of businesses and residential spots in the city. With day to day market and malls, this place is yet again a heavily sought after place in the city.

Touching the border of Greater Noida and Delhi, Sahibabad is an area which is comprised of a group of commercial, residential and industrial segments. This town comes under NCR as well. This part of Ghaziabad District is famous for hosting an array of well renowned educational schools, colleges and institutes. The onus for Ghaziabad being named as the “Oxford of the North” is partly credited to Sahibabad.