The Old Monk Tells Its Tale

Nothing could be more appropriate to begin, than by saying, "cheers and happy gulping people".

It was as though a clarion call had been answered and I dropped into earth... for this “Old Monk Rum” with a legion of followers there was no looking back. The Old Monk Rum, with its distinctive, inviting, smooth, subtle bouquet flavours has a long-lasting romance, and the undaunted hermit now stands tall at Ghaziabad. 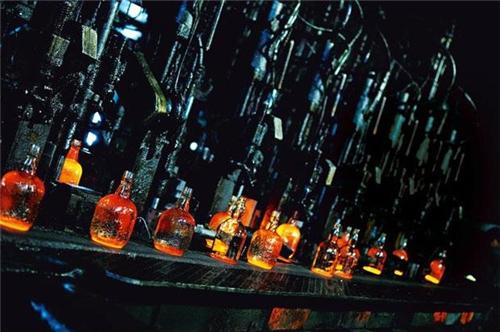 It all started with Edward Dyer in 1855, who felt there existed few pockets on earth where good drinks were more welcome. This brewing pioneer – introduced India to the real thirst quencher, ‘Beer’ and jostled Indians from slumber in the sweltering climate. Increase in clientele meant more breweries/ distilleries being set up at various places like Solan, Shimla, Lucknow and Mandalay.

Elsewhere at the same time yet another visionary - H.G. Meakin from a reputed brewing family knew what he was destined for and founded the Meakin & Co Ltd. After the World War these two companies merged and the new business came to be known as Dyer Meakin Breweries Ltd. With larger capacity and, increase in output the company could take on increased demands of the growing market. In 1935, Burma separated from India and Mandalay unit hived off. The Indian company came under the banner Mohan Meakin Breweries Ltd. Under the able guidance of a visionary Late Padmashri N.N. Mohan a major transformation came through and Mohan Nagar was set up at Ghaziabad. The company became Mohan Meakin Ltd and entered foray in many allied business ranging from juices, breakfast food and even glasses. The company's growth attained a new plane here. 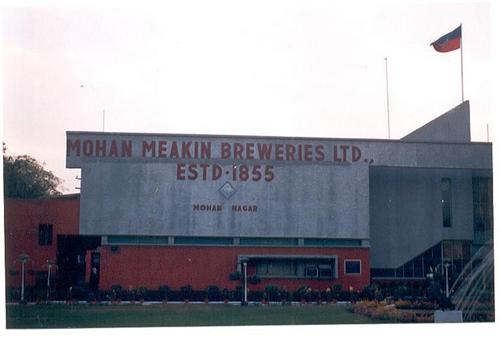 Old Monk, now produced in Ghaziabad, is rated as the world’s largest selling Rum in the world. This dark rum has a long lasting, perennial flow of clientele... "who cares about the advertisements". It has a whole nation to follow who do not look at Old Monk as just any other rum, but as an institution. The Old Monk, produced at Mohan Meakin Ltd Ghaziabad, is sold with varied alcohol content. For India the alcohol content remains 42.8%, for The United States 40% and the army issue 50%. It comes in various sizes, bottles and two variants, a seven-year-old XXX variety and a twelve-year-old Old Monk gold reserve.

This Rum has been made by Mohan Meakin Ltd in Ghaziabad since Victorian times. It is a caramel – nosed, vanilla spiced dark rum made from sugarcane molasses for decades. This age old Indian Monk has been around for ages and here to stay with millions addicted to its dark, smoky charm. 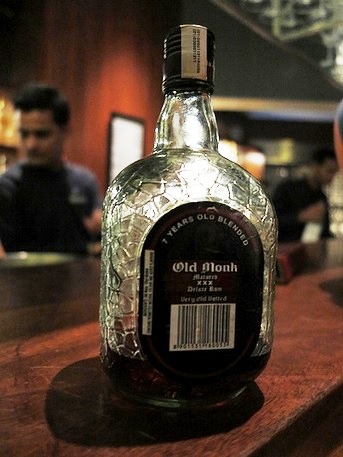 Old Monk surprisingly is a favourite across the board with age no bar... for the young gen, it’s “the Kick”- its either ‘Old Monk or no Old Monk”, for the old loyalists its unlike other drinks which is just yet another brand name, but the very name that connects them to an intellectually wise “The Old Monk”.

As the story spins in the world of old monkers... the Old Monk is no rum; Old Monk is an Old Monk, there are no Old Monk Fans, there are only Old Monk Fanatics. You don’t find a coke or a sprite... never mind it’s just fine even with water.