One of the largest cities in the state of Uttar Pradesh, Ghaziabad is also known as the most well planned and well developed city within the state. All the industrialization that Ghaziabad has seen over the past decade has made the city to be one of the most sought after cities in the state and in Northern India. With the growth of the city in terms of industrialization, the need of impeccable transport services has raised as well. Ghaziabad is the first city on the route to Uttar Pradesh from the New Delhi and hence is also called as the “Gateway of UP”. Being a neighbor to the National Capital and the metro city of Noida along with being a part of the NCR, Ghaziabad is well connected when it comes to air, rail and road. Being well connected on all the sides by New Delhi, Noida, Hapur, Modinagar, Bulandshahr, Meerut, Saharanpur and Haridwar, Ghaziabad gets a strategical importance when it comes to location keeping in mind the proximity towards all the nearby places. 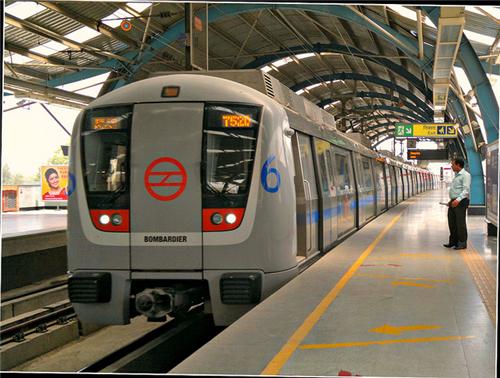 The nearest airport to the city of Ghaziabad and NCR is the Indira Gandhi International Airport (IGIA) which is on a distance of approximately 45 Kms from the center of Ghaziabad. Many cab and city buses are available for one to go to the IGIA and vice versa. It takes an approximate time of 1 hours for the conveyance to reach the center of Ghaziabad from IGIA. City buses and the metro rail are another source of conveyance for people to reach IGIA with much lower ticket fares.

Ghaziabad has one of the largest railway stations in the state of Uttar Pradesh and is also a railway junction for the trains to stop, change engines and to start their journey as well. With a very well connected rail route, the city of Ghaziabad serves pit stops to more than 100 long journey passenger trains including many express trains.

Roadways in Ghaziabad are another important thing to talk about. With all the major cities surrounding Ghaziabad, it becomes absolutely imperative for Ghaziabad to have an impeccable road routes. Just like the rail ways, the road ways in Ghaziabad are very well planned and connected. With some national highways on the outer ring roads of the city, the weekend drives are to look out for.

One of the best things that could ever happen to India was Metro Rail. With the completion of all the phases of Metro Rail in NCR, it has become an absolute delightful and fool proof accomplishments for the government of India. The Metro Rail is very well connected to all the parts of NCR with a frequency of trains every 2 minutes in the platform. There are many working class people who make to and fro journey every day between home and work. Extending its reach till Dilshad Garden in the city currently with further plans to extend the line to Old Bus Stand, Ghaziabad would be fully covered by the Metro Rail by the end of 2014. With other stations in Kaushambi and Vaisahali, the other areas of Ghaziabad are pretty well covered as well.

The transport in Ghaziabad is something that is getting better day by day. With the growth in all the sectors and the city scaling new heights in all departments, transport division is yet again to look out for.